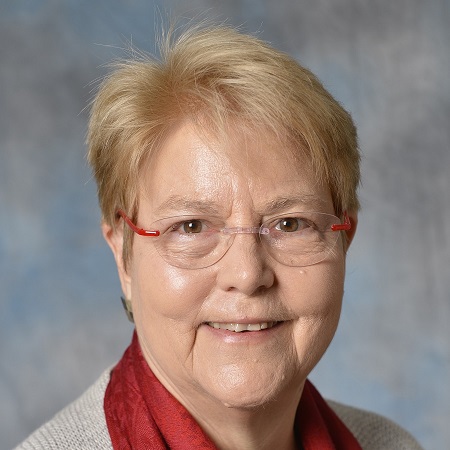 Charlotte Bunch, Founding Director and Senior Scholar of the Center for Women's Global Leadership, Rutgers University, has been an activist, writer and organizer in the feminist and human rights movements for over four decades.  A Distinguished Professor in Women’s and Gender Studies, Bunch was previously a Fellow at the Institute for Policy Studies in DC and a founder of Quest: A Feminist Quarterly.  She has served on the Board of Directors of many organizations and is currently on the Board of the Association for Women’s Rights in Development (AWID) and the Advisory Committee for the Women’s Rights Division of Human Rights Watch.

She has edited nine anthologies and authored Passionate Politics: Feminist Theory in Action and Demanding Accountability: The Global Campaign and Vienna Tribunal for Women's Human Rights pdf as well as numerous essays.

Bunch has been central to feminist organizing around the UN World Conferences on Women (1980-95) and to numerous civil society efforts at the UN, including the Advisory Committee for the Secretary General’s 2006 Report to the General Assembly on Violence Against Women, and a leaders in the GEAR (Gender Equality Architecture Reform) campaign for a new UN Women agency.  Her contributions to women's human rights are recognized by many including the National Women's Hall of Fame, the White House Eleanor Roosevelt Award, and the “1000 Women Peace Makers” nominated for the Nobel Peace Prize.

Professor Bunch's work focuses on the application of feminist theory to public policy questions, particularly at the global level. Her current investigations center on developing an analysis and understanding of human rights that incorporates women's lives more fully and utilizes the question of violence against women as a way of exploring the parameters of their issues both theoretically and practically. Her other public policy work has focused on issues of gender and international development. She is the author of several books and articles. Her writings include Passionate Politics: Feminist Theory in Action (NY: St. Martin's Press, 1987); "Preambulo: Abriendo las Copuertas," in Declaracion Universal de Derecho Humanos: Texto Y Comentarios Inusuales, edited by Alda Facio (San Jose, Costa Rica: ILANUD Programa Mujer, Justiciaa y Genero, 2001); and "Taking Stock: Women's Human Rights Five Years After Beijing" in Holding On to the Promise: Women's Human Rights and the Beijing + 5 Review, edited by Cynthia Meillon and Charlotte Bunch (NJ: Center for Women's Global Leadership, 2001).