CWGL’s Executive Director, Krishanti Dharamaraj, participated at the Women Deliver Conference in Vancouver, British Columbia this past June among 2500+ organizations. The Conference invited conversations on various women’s issues, and CWGL focused on women workers’ rights within this context. 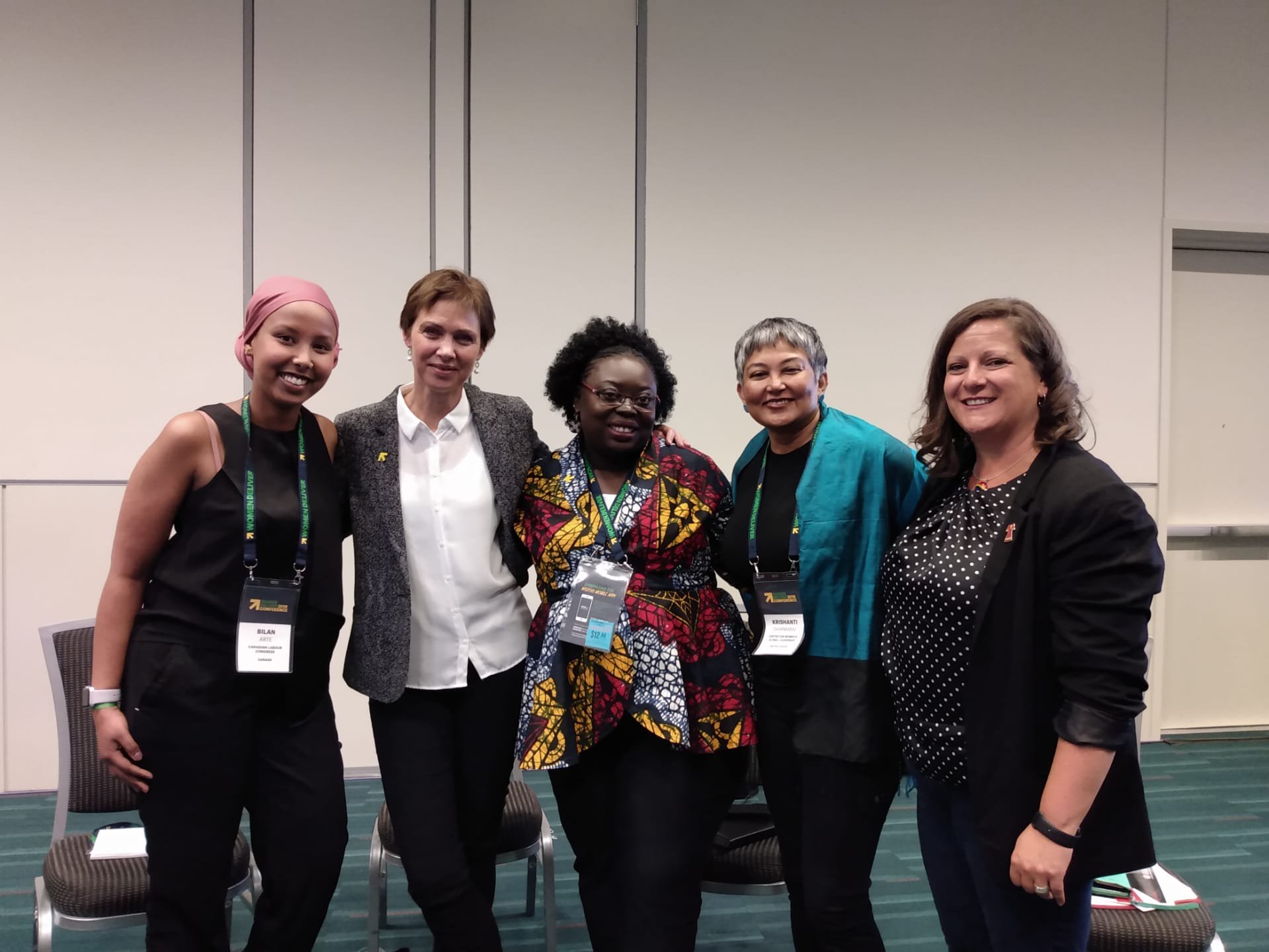 Over a billion women are employed in the global economy, but they face common gender-based threats including low wages, unhealthy and unsafe conditions, abuse and harassment, and lack of job stability. At a panel organized by Education International and the International Trade Union Confederation (ITUC), Krishanti Dharmaraj spoke about how CWGL has worked to address gender-based violence (GBV) through collaboration with local and global unions. The International Labour Organization’s (ILO) recent adoption of its first convention on targeting violence and harassment in the world of work is a necessary step in ending GBV faced by women workers. By continuing to open the doors for discussion and advocating for a common agenda, CWGL is working to ensure women’s dignity in accessing their livelihood no matter their sector, identity, or circumstance. 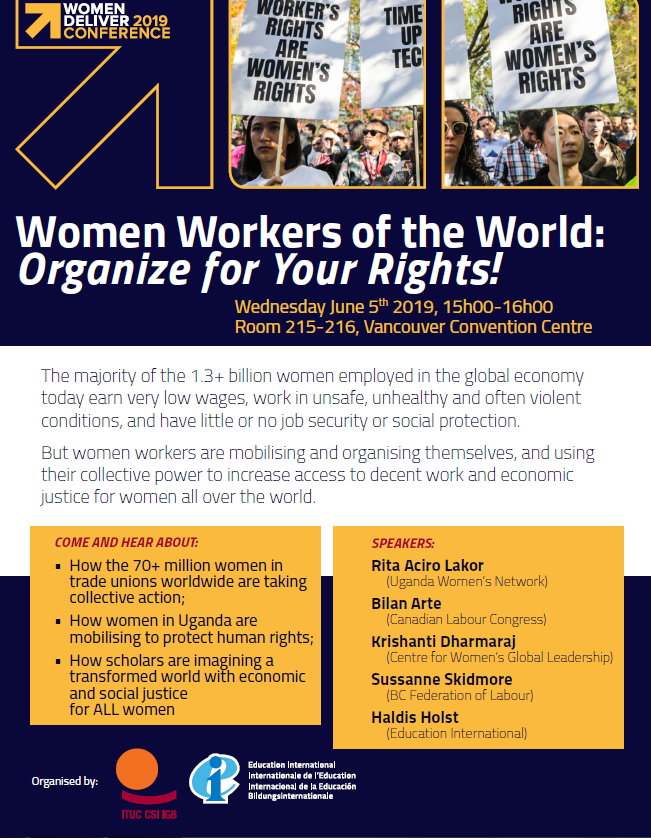 Krishanti’s presentation highlighted the role of the Center’s 16 Days of Activism Against Gender-Based Violence   Campaign in bridging the gap between women workers and women’s rights activists for a strong and cohesive path  forward to address these issues toward equality. Also introduced was the Center’s upcoming journalist initiative that  aims to shift the discourse on GBV as one necessary component to ending it. Engaging with fellow organizations at  Women Deliver provided CWGL the opportunity to build relationships and further share the significance of its work with NGOs working on women’s rights and gender equality.

Krishanti notes how Women Deliver was a “place to assess the deliberations on gender equality as an    empowerment process rather than within the framework of rights, and see conversations that were different from  ours.” Though the Conference did not have a specific agenda, she praises its importance to evoke collective  engagement and build a world that fulfills multigenerational needs and standards.

On June 7, 2019, a few days after the Women Deliver Conference, Krishanti attended Monmouth University’s Symposium, Unveiling Inequality and Gender-Based Violence Global Public Policy, to discuss CWGL’s work on GBV in relation to peace. The symposium brought together a conglomeration of national and global scholars, students, civil society organizations, and activists. Composed of panels and presentations, the two-day event served as a space for individuals to share their research, and policy and advocacy work, to help acknowledge gender inequality in the context of conflict zones and peacetime.

Sexual violence is a weapon of war because women are not treated well in times of peace.

An area of concern is that the prioritization of defense comes at the expense of resources to uphold women’s rights. In the case of Mexico, for example, the nation spent billions (USD) in 2012 to modernize their military, but this led to budget cuts for domestic violence shelters. This is only exacerbated by the fact that this occurred in a climate where familicides and femicides are high in numbers.

GBV is prevalent in both the private and public spheres, and eradication in one space is not possible without eradication in the other. For instance, to eliminate conflict in both times of war and peace, it is necessary to end domestic and intimate partner violence to shift power imbalances, recognize the link between discrimination and violence, and call for an adequate political response for all women to realize their rights.

Krishanti highlighted the work of the 16 Days Campaign in bringing awareness and accountability to this dynamic between the private and public spheres towards peace and equality that is defined and achieved by women. She used the example of legal frameworks that need further ubiquity including maternity and paternity leave, menstrual leave, domestic/ intimate partner violence sick days, child care, and pay equity as necessary components toward this goal. CWGL looks forward to continue working with Monmouth University to collectively shift the reporting, narrative, and discourse on GBV, including addressing it as a human rights violation and recognizing its prevalence throughout the many spheres that make up women’s lives. Only with the full eradication of this violence can women’s human rights be upheld and can equality be considered possible.